I gave a lightning talk at ElixirConfEU on Visualizing Elixir Processes in 3D. 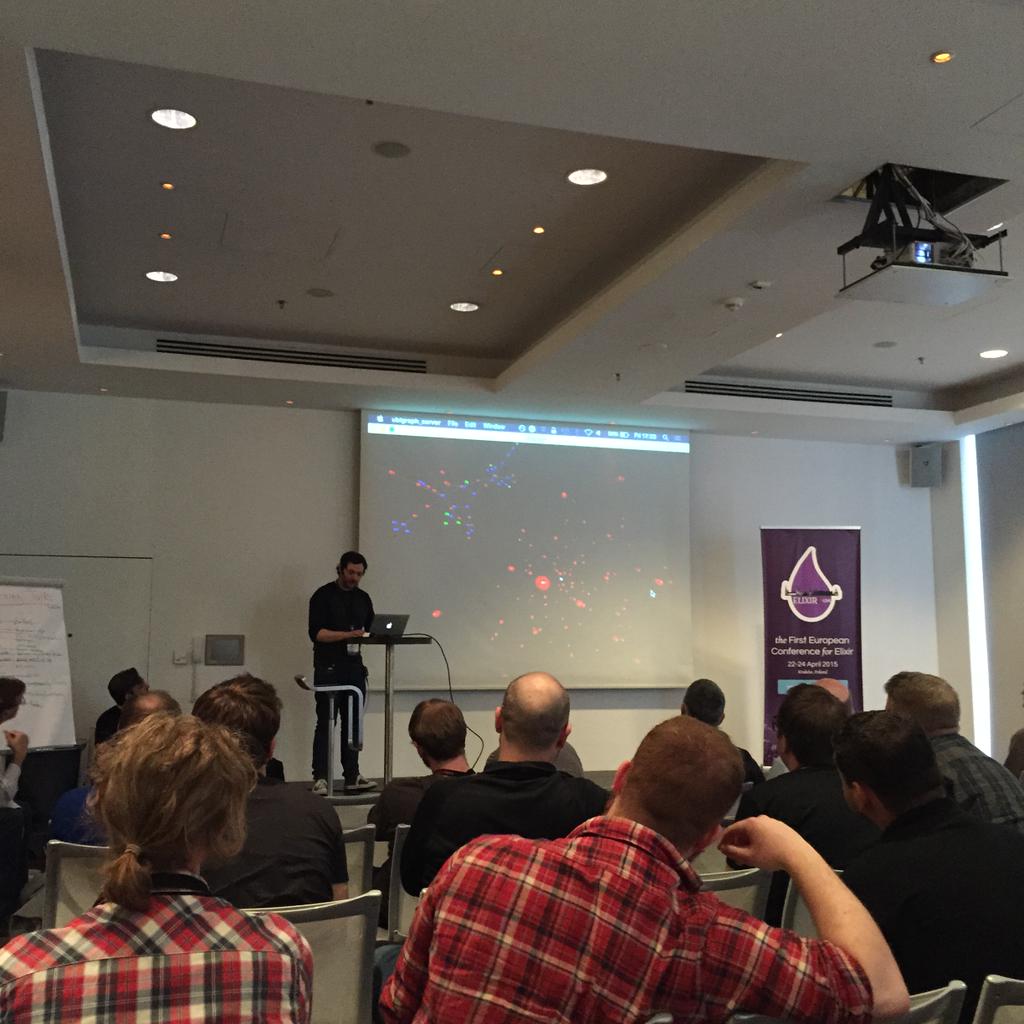 A few nights before travelling to Krakow I had watched a video by Kresten Krab Thorup on his project Erlubi which transmits basic details of the Erlang VM to a Ubigrpah Server.

I started to use this to inspect Erlang projects, and play about with OTP Supervisor trees and how they looked in 3D.

I decided to go about using this from elixir. It doesn’t take much to use from elixir; if you want to visualize your own project simply cherry pick the steps 1, 3, 6 and 7 below.

1 Download the Ubigraph server from ubietylab.net. Unpack it and just run the command line tool bin/ubigraph_server. A black window will appear.

4 Add some code to ex_lightning.ex to generate linked and unlinking procs

5 In terminal fetch dependencies and compile with mix do deps.get, compile

7 In iex session start Erlubi tracer with :erlubi_tracer.run. If you get an error ensure you started ubigraph_server as described in step 1. At this point you should see the vanilla elixir system visualized in 3D like so: 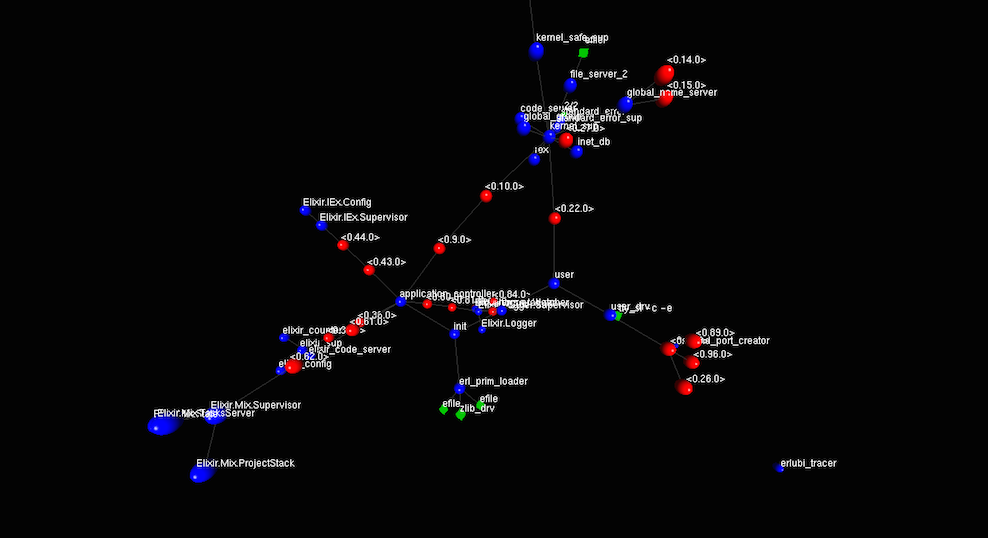 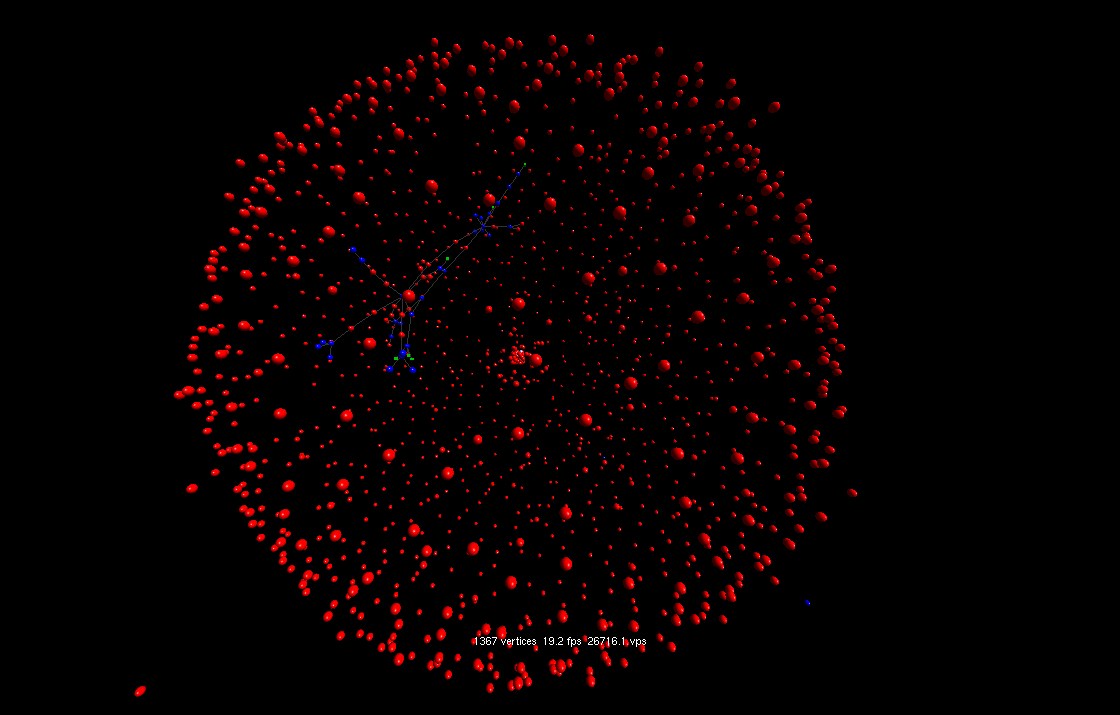 9 run ExLightning.start_linked 5000 which will create 5000 linked processes, which will be linked to the creating process. 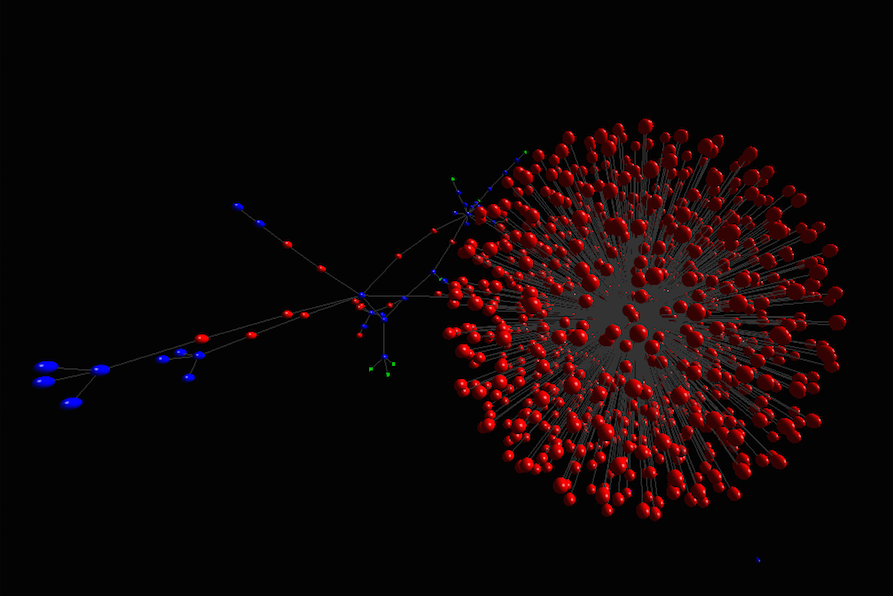